“In 1996 Triangles (Fresh Sound) became the first album by this excellent pianist from Barcelona, the first stone in a career full of great collaborations and interesting projects. Two years later, her second creative impulse came about with the edition of a more eclectic and insatiable album than her previous work, Lila (Fresh Sound). Without missing a beat, in 2000 a deliberate fusion of styles appeared under the title of Maram (Fresh Sound). Finally, Quatro (PAE, 2004)(…) and now her recent Plujazz (RR001): an image representative of her creative cosmos, melodic tonnage, interpretative aptitude and valuable capacity to compose. The excellent atmospheres of the album are full of contagious optimism, while her different lines of support convince the listener with eloquent sensitivity. Takes like ‘Ni Cas’ or ‘El Mismo Optimismo’ are seductive and highlight the work of a quartet full of great moments. After the release of the succulent Plujazz, the resulting creation of Raspall Records –her own record label– and the pianist’s different musical collaborations, her agenda is deserving of attention.”

Tomajazz Magazine – May 2010 by Carlos Lara


“…Her professional prestige has its roots in the early ’90s with the birth of the important record label that Fresh Sound has become. Her time spent at Berklee College of Music made a particular impact on her and can be felt throughout her interpretations and crafted compositions. It is important to note that the influence of masters like Tete Montoliu, Barry Harris or Fred Hersch can be heard in different moments of Plujazz, her latest recording and fifth album, in which the Catalan pianist has surrounded herself with a solid team of accompanists like the trusty Americans Chris Cheek on the sax, Tom Warburton on the double bass, and Marc Miralta on the drums.

“It’s worth noting in general that the musicians do a great job of interpretation and know how to masterfully transmit the peculiarities of Raspall’s compositions on this album, which is full of lyricism, intimate moments that are perfect for thinking and reflecting, and is safe from the gusts of wind blowing outside.
Plujazz is an album with touching songs, without being strident or straying out of key. Its philosophy is like a familiar performance in a jazz club, which is what the cover is meant to reflect. The pieces are like impressionistic drawings that obey an initially melancholic approach that, little by little, start gathering a certain momentum, to end up back at the beginning. The piece ‘El Mismo Optimismo’, with a half-festive tone, paradoxically seems to deviate from the general direction of this work.
A great duo is in charge of the piano and sax, plus brilliant contributions from Tom Warburton and Marc Miralta, whose work is refined and intricate, almost always using brushes, giving a more poetic tone to this album. The song that strays farthest from the main path is ‘Segons’, where, as well as a blues by Chris Cheek, some of the best moments of the rhythm section happen, combined with interventions from the tenor sax. Elisabet Raspall presents herself very elegantly in all the songs, many of which seem to have been composed to be whispered, which is what the Catalan pianist does upon various occasions. Album recommended to be listened to especially when alone at a medium volume. Taste it sip by sip, let the music carry you and enjoy it, it’s worth it.”


“For her fifth album as band leader, the pianist and composer Elisabet Raspall has started producing her own work, collaborating with musicians who, like her, have published work on the FS NT label. During a time when the way people play jazz is frankly more along academic lines, the compositions are probably the most interesting contribution from Plujazz. Raspall proves to be a skillful composer of melodies, ranging widely from delicate to evocative and even to catchy with ‘El Mismo Optimismo’ and to more complex explorations with the play of rhythms in ‘Segons’. This synthesis between the traditional song concept, reinforced by its arrangements and the restlessness of the improvisation that pertains more strictly to jazz, presents a challenge that enriches the whole album beyond the classic theme-solo-theme pattern. On the other hand, Raspall hands over a generous amount of the limelight to Chris Cheek’s saxophones.” 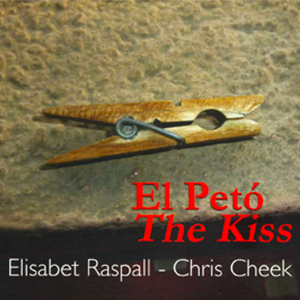