“A relief sculpture by Apel·les Fenosa – Nu et palmier – is the visual gateway into Elisabet Raspall’s new album, where the serenity and tranquility transmitted by the image is translated into compositions carved from the same mold. Accompanied by Brazilian double bass player Rogério Botter Maio and percussionist Aleix Tobias, the Catalan pianist infuses this work with the abundance of Mediterranean feeling she gives her most jazzy projects and floods each note and chord with the sound of the waves, the texture of shells and the footprints in the sand. Acoustic, warm, suggestive, intimate and evocative, Raspall’s work reaffirms her as a formidable illustrator of soundscapes. F.R.”


“L’istiu al cor / Summer Heart is Elisabet Raspall’s second album released on her own label, which is something that is becoming more the rule than the exception. The work is luminous and direct, instantly enjoyable like a (sunny) day at the beach. Original music, the essence of which is optimism and vigor, executed brilliantly by the Catalan pianist and the other two members of her trio, Rogério Botter and Aleix Tobias (delightful on the drums). However, this brightness feels a bit generic, like an overexposed photograph. ‘Esboç’ is a good example of what the album implies: a light, cheerful and confident piece, barely sung with a simple and effective humming that sustains itself on a fleeting equilibrium, while ‘Connexions’ offers a more severe and no less admirable counterpoint. Raspall exhibits, throughout the album, her superbly polished technique with a marked formal exquisiteness without great displays nor stridency, heir of a coherent university degree and solid training. The only thing missing, in this instance, is a more chromatic framework of expression.”

“After Plujazz (2010) and Bossanova i la Geltrú (2010), the prolific pianist and composer from Catalonia releases L’istiu al Cor / Summer Heart, an album full of lyricism that seems to emerge from the tranquility inspired by Apel·les Fenosa’s Nude et Palmier, as seen on the cover. Poetry is as present in the music as it is in the text by Mercè Rojals, ‘Desig’: ‘Acosta’t i m’enfonsaré en l’ombra del teu cos reblit‘. An album full of magic moments, such as the double bass solo in ‘La Tristesa del Cactus’.”


“With enormous satisfaction, we welcome Elisabet Raspall to the Contrabanda FM studio. Composer, pianist, and lately, singer, who leads an unstoppable career in her facet as composer and producer of her own albums, as demonstrated by the release of her new album L’istiu al Cor / Summer Heart (2011), Elisabet’s seventh album as a solo artist, this time in trio format. Last year she released two albums in quartet format, with different line-ups and projects, Bossanova i la Geltrú and Plujazz.  Elisabet leaves her personal touch of high musical quality and a fine-tuned sensibility on each of these albums. She is a constantly-evolving artist that seeks to open and expand horizons through her creative work. Pay special attention to her growing role as singer…”

“L’istiu al Cor is a musical idea that seeks to deliver summer aromas of the Jasmine flower to the audience, halfway between the memory of last summer and the longing for the next one, all evoking certain attempts to escape towards warm sounds of the Mediterranean and Brazil. With deep Catalan roots, the music is searching for warmth during a ‘winter’ prolonged by the situation of the crisis, which affects us all, letting through a crack of light so we can find ourselves again. The introspection suggested by the music in this show is intended to create hope that ‘summer’ will return. And until that happens, we are left with faith in the future and the memory of the past.” 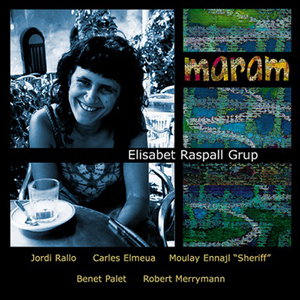 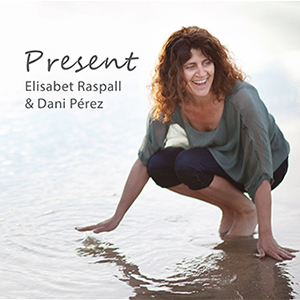